Goodness popped into existence in the downstairs part of the former Dylans in late 2013. But despite vigorous tweeting, they and popped out again equally quickly in January 2014. 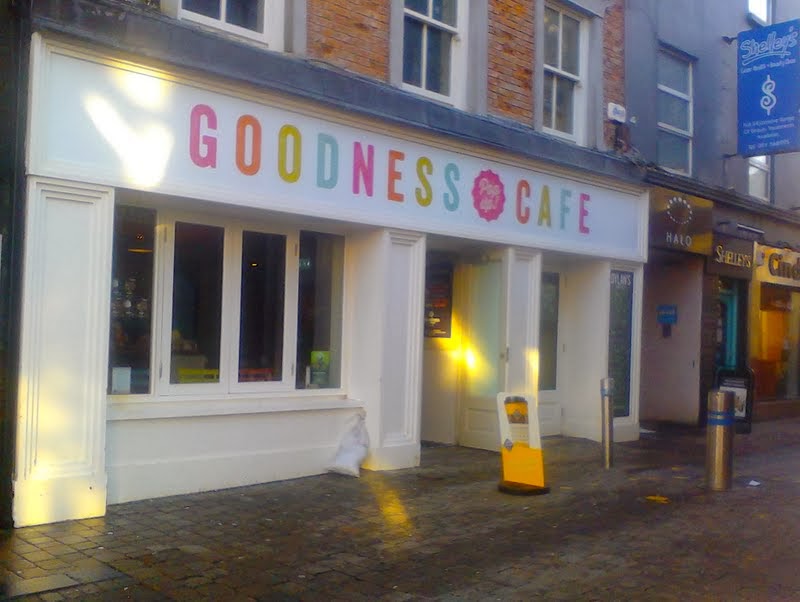 Focussing on cupcakes and re-using Dylan's funky furniture they sold various food items from other Galway retailers (eg quiches from Goya, real organic museli from someone at the market) - but really it felt like a marketing experiment rather than a cafe.
on February 23, 2014