Update:   June 2015:   Cosmo is now closed for renovations.   Sign on the door advises they will re-open soon under new management.


Cosmo Cafe opened in early 2014, after working hard to erase the 1970s from the unit in the Cornstore which was previously Orange Cafe.

Thankfully they succeeded:   you can still see the bones of Orange if you know what you're looking for:  there's only so much that can be done with a functional mezzanine floor.   But they've painted a scrubbed, and brought the place firmly into the 21st century. 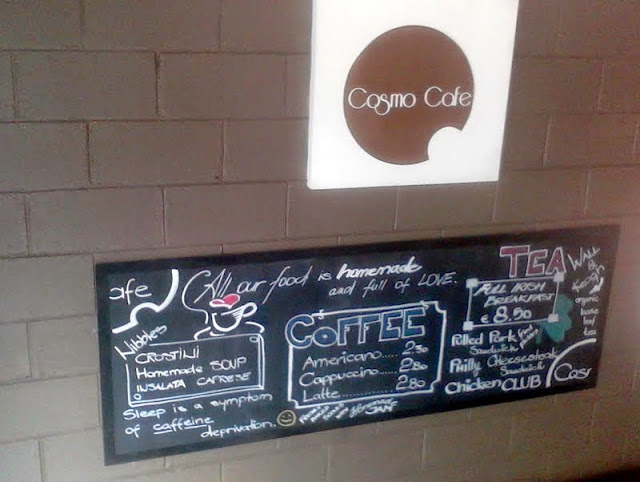 The menu's an interesting - yes, cosmopolitan - mixture, with stylish use of flavours and textures.

And for those local workers who cannot be pushed too far - an Irish breakfast with an interesting approach to fried potato and a generous serve of cherry tomatoes. 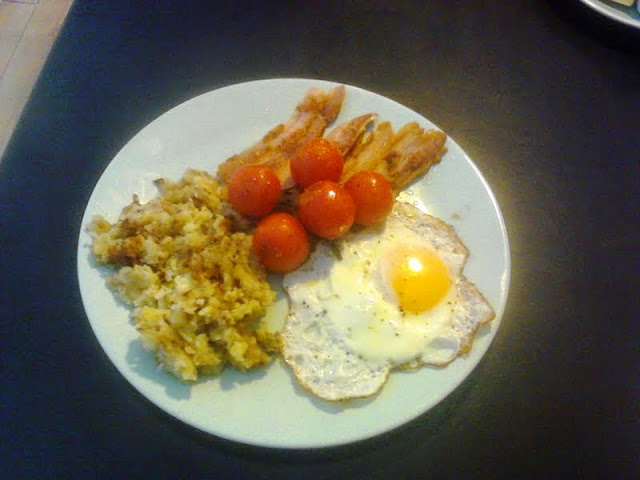 The sweet jam served with the accompanying toast seemed a little out-of-place, but the bread itself was lovely. 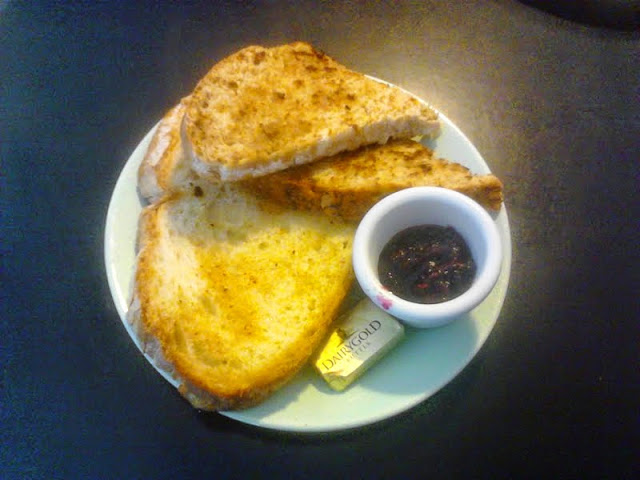