The first branch of the Esquires chain in Galway opened in mid 2015 in Eyre Square, in a premises that holds a record for the amount of time it spent being fitted out (literally years went by with nothing happening there).

It's a franchise with franchise prices for sure.   But the owners are lovely genuine people who do care about their business and customer service, who previously ran another business in the area.    Newspapers are provided, there are plenty of plugs for laptops and reasonable wi-fi too.

The coffee is lovely - but be warned that large should really be called ginormous!    Medium is well enough for most.

The food is good, with some healthy / superfood options these days:  when they first opened the portion sizes could be described as bijoux, but they've improved since. 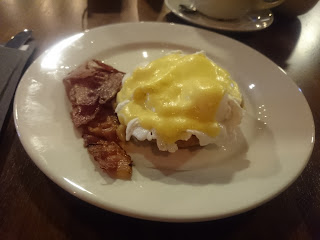 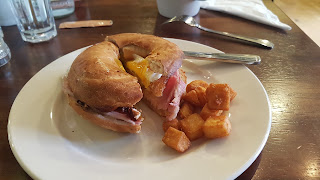 Location is fantastic if you're travelling via Ceannt Railway Station and want somewhere to sit with coffee that's close without the hassle of train-station crowds or the feel of Starbucks.    Open 7 days - and right through 'til 6pm on weekdays. 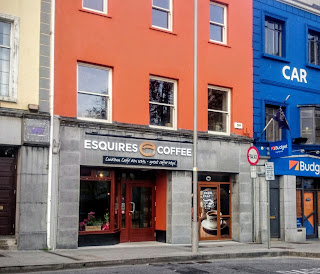